Is Aggressive Driving in Maryland the Danger It Seems To Be? 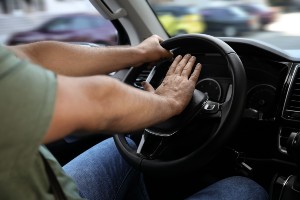 Have you been a victim of aggressive driving in Maryland? Here’s what you should know.

What is Aggressive Driving?

In short, aggressive driving is a traffic offense that occurs when a driver operates their vehicle in a manner that puts other people in danger. This can include speeding, tailgating, weaving in and out of traffic, making unsafe lane changes, running red lights or stop signs, and more.

Many of us have probably been guilty of one or more of these offenses from time to time. However, aggressive driving becomes a problem when it’s done regularly and with little regard for the safety of others.

Unfortunately, aggressive driving is all too common on Maryland roads today—and it often leads to serious accidents.

If you’ve been injured by an aggressive driver, you may be wondering what your options are. Here’s what you need to know.

What is the Difference between Aggressive Driving and Road Rage?

Aggression behind the wheel is certainly dangerous and can lead to accidents. However, it does not necessarily involve intent to harm someone else. In most cases, aggressive driving is simply a result of poor decision-making or recklessness.

Road rage goes beyond aggression; it involves a deliberate attempt to harm someone else. The NHTSA defines road rage as “an assault with a motor vehicle or other dangerous weapon by the operator or passenger(s) of another motor vehicle or an assault precipitated by an incident that occurred on a roadway.”

This type of behavior is often premeditated. For example, the driver may follow another car for miles before finally losing control and taking violent action. In some cases, road rage may even be related to drugs or alcohol. Regardless of the reason, however, road rage is always intentional and always puts lives at risk.

What to Do if You’re Injured by an Aggressive Driver

If you’re injured by an aggressive driver, the first thing you should do is seek medical attention if necessary. Once you’re stable, your next step should be to call the police so they can investigate the accident and file a report. This report will be important later on if you decide to take legal action against the driver.

Depending on the severity of your injuries, you may also want to speak with an experienced personal injury lawyer. They can help you understand your rights and options under the law. If the accident was caused by another driver’s negligence or recklessness, you may be entitled to compensation for your medical bills, lost income, pain and suffering, and more.

No one deserves to be injured because of another driver’s bad behavior on the road. If you or someone you love has been hurt in an accident caused by an aggressive driver, don’t hesitate to reach out to an experienced personal injury attorney. They’ll explain your rights and options under the law. You may be entitled to compensation—and justice—but you won’t know for sure until you speak with a legal professional about your case.

No Fee, Unless We Win

A automobile accident can change your life.

Motorcycle accidents represent a unique area of the law.

Worker’s Compensation in Maryland is a very complicated field to navigate.

Facing the loss of a loved is difficult to accept.